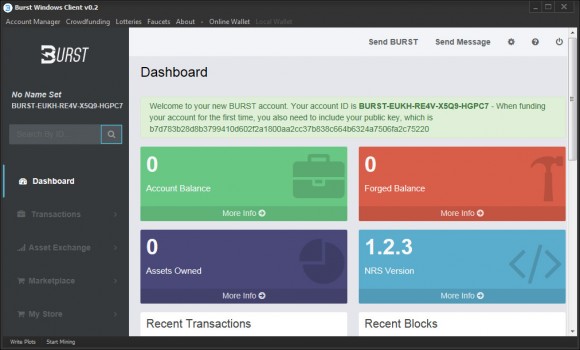 It has been over a year and a half since we’ve initially checked the Burst altcoin that you mine with a hard drive, so we’ve decided to revisit what has happened since.

The Burst crypto currency uses a new algorithm for proof of HDD capacity (POC) mining, so it needs a lot of hard drive space – the more, the better and more coins you should be able to mine.

One of the reasons that we wanted to check the coin out again was the availability of a Windows Wallet Client that is supposed to integrate everything in a single user friendly package that is easy even for novice miners to get started.

So we have started fro the beginning downloading everything we need, generating a new wallet address, plotting 100GB for mining and trying out the CPU and GPU assisted mining software…

Unfortunately we’ve had some trouble along the way, like the lack of a default Java-based wallet config file for the local Burst wallet (apparently not included in the client package version 0.2) that was resulting in a weird error from the Java when trying to run the local wallet (we have Java installed and working properly, but the wallet is crashing with unexpected error because the config file is simply missing in the official zipped release of the GUI wallet, so it took us some time to figure out the cause of the error).

Downloading the complete Burst blockchain can take a while as it is getting close to 2.5 GB already, though you can make it faster by downloading a zipped version and adding it to the local wallet. Generating plot files on the hard drives is also a process that takes quite some time, even for a relatively small 100 GB size it could take a while, let alone for large terabyte plots.

BurstCoin mining profit and how to mine with hard drive

We’ve also had trouble getting the GPU assisted miner working, though the CPU one apparently works just fine. You should try mining on a pool as solo mining is probably pretty pointless with such a high difficulty, but even on a pool with a small plot size it might not be worth the effort to start mining at all, so go for it only if you have a lot of free HDD space in the range of Terabytes, not Gigabytes.

In the end, if you still haven’t gotten into Burst, then it most likely it is late to do so now.

There is an improvement since we’ve last tried it, however we dont think it is enough, especially on the user friendliness front and that is an important thing if you want to attract more new users and miners especially.

Still, if you have some significant amount of free HDD space and what to try mining a crypto currency that does not require much of a CPU or GPU resources, then you can check Burst out. 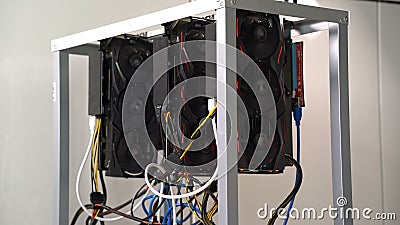 Another alternative for making money out of your free HDD space could be Storj’s DriveShare when it launches officially, hopefully later this year, so if you are in for the profit you might skip that one as well. For now we are probably going to stick for a while longer testing the DriverShare beta, but more out of curiosity as it is not very profitable and requires a significant initial investment in order to be eligible for rewards, instead of trying to mine Burst coins.