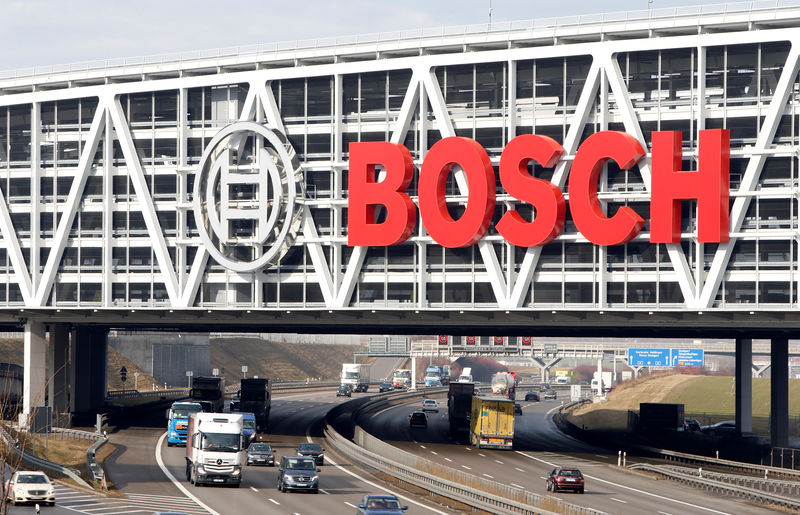 MUNICH (Reuters) - German brake maker Knorr-Bremse [STELLG.UL] has disclosed a contractual dispute with Robert Bosch GmbH [ROBG.UL] ahead of a stock market flotation that could raise up to 4.2 billion euros ($4.9 billion).

Knorr said Bosch, the privately held auto components business, accuses it of competing in truck steering systems in violation of agreements between the two companies, according to a copy of the issue prospectus seen by Reuters.

Bosch therefore wishes to exit a joint venture by exercising an option to sell its 20 percent stake back to Knorr for 380 million euros.

It has invoked arbitration proceedings in a bid to complete the sale, the prospectus adds.

Knorr disputes that Bosch has the right to exercise the option.

"We will resolutely defend ourselves against such demands," the company said in the prospectus.

Knorr has bundled most of its European operations into the joint venture, which is called Knorr Bremse Systeme für Nutzfahrzeuge GmbH.

It was not immediately clear whether the dispute would affect Knorr's initial public offering, which was confirmed on Friday when the company said it would issue shares on behalf of owners Heinz Hermann Thiele and his family.

The share offering, which begins on Monday, has been priced at 72 to 87 euros apiece, valuing Knorr at between 11.6 and 14 billion euros.

If completed, it would be the largest stock market listing by a German company this year and would leave Knorr with a free float of up to 30 percent.

Bosch said in response to a Reuters inquiry that it had decided to conduct a "thorough review" of its investment in the joint venture, citing differences over future strategy.

Bosch declined to give further details on the dispute.