He made the disclosure in a wide-ranging interview with the newswire conducted at the royal palace in Riyadh on Wednesday.

It also touched on his relationship with Donald Trump, plans to invest a further $45 billion in Softbank, the rising oil price, and production of crude along the Saudi border with Kuwait.

His comments bring clarity to what could be the most talked about initial public offering in corporate history and one that is a key plank of the Vision 2030 economic and social reform agenda.

“The investor will decide the price on the day. I believe it will be above $2 trillion.

Because it will be huge.”

Saudi Arabia has been planning to float up to 5 percent of Saudi Aramco, the world’s largest national oil company, on the stock market.

In recent months there had been intense media speculation over whether the planned IPO had been delayed, canceled or replaced with a rival deal involving Aramco purchasing Saudi Basic Industries Corporation, the petrochemical giant better known as SABIC.

The Saudi crown prince told Bloomberg that the Saudi government would retain the shares of Aramco after the IPO, instead of transferring them into the sovereign wealth fund as originally planned.

Instead, the Public Investment Fund (PIF) would receive the $70 billion from the sale of its stake in SABIC, plus the $100 billion that country hopes to raise from the Aramco IPO, Bloomberg reported.

The interview took place against a backdrop of market concerns over the rising price of oil, caused in part by the reimposition of US sanctions against Iran.

US president Donald Trump has in recent weeks stepped up pressure on OPEC and Saudi Arabia to pump more crude and help to lower the price of oil.

However, the crown prince stressed that the oil price was determined by market forces rather than the actions of Saudi Arabia.

“We never in the history of Saudi Arabia decided that this is the right or wrong oil price,” he said.

What we are committed in Saudi Arabia is to make sure there is no shortage of supply.

So we work with our allies in OPEC and also non-OPEC countries to be sure that we have a sustainable supply of oil and there is no shortage and that there is good demand, that it will not create problems for the consumers and their plans and development.”

He also clarified that Saudi Arabia had spare capacity of 1.3 million barrels without the need for further investment.

“So in Saudi Arabia we have 1.3 million to go if the market needs that.

And of course there is opportunity for investment in the next three to five years,” he said.

The Bloomberg interview also touched on future oil production in the so-called Saudi-Kuwait neutral zone — an undefined border area between the two countries.

“There are only small issues that have been stuck there for the last 50 years. The Kuwaiti side, they want to fix it today, before we continue to produce in that area,” he said.

“It’s part of the sovereignty issues that are stuck, unsolved, between Saudi Arabia and Kuwait for the past 50 years.

And they want to fix it now before we continue to produce from that area. We think a 50-year-old issue is almost impossible to fix in a few weeks. So we’re trying to have an agreement with the Kuwaitis to continue to produce for the next five to 10 years and at the same time, we work on the sovereignty issues.”

The interview also covered recent reports about planned financial aid from Saudi Arabia, the UAE and Kuwait for neighboring Bahrain.

“We cannot walk away from GCC countries. 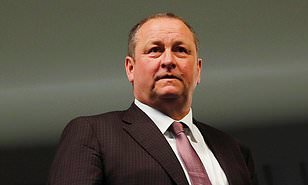 It (the financial package) will cover Bahrain’s needs over five years. We believe they’ve taken really serious reforms in the past year.

We believe they’ve made huge progress. They have a super amazing team. I told the Bahraini king and the Bahraini crown prince if you fire any of the people in Bahrain we will hire them next day," he said.