Disclaimer: We are not lawyers or financial experts.

This article is strictly the opinion of its authors and should not be used as advice for buying, selling, or otherwise speculating on investments.

The SEC recently released a report defining the DAO token as a security.

This makes the DAO Token subject to all the laws and regulations of traditional securities. The report also gives guidance for other cryptocurrencies stating that if they cannot pass the Howey Test then they will be considered securities and held to all applicable regulations as well. Many cryptocurrencies anticipated this move and planned accordingly, however others have not prepared for this leaving their future uncertain. All ICO's being offered to US Investors should seek the advice of legal counsel.

In a previous post we categorized coins as Stores of Value (StoVaCoins), Network Utility Coins (UtiliCoins), coins that act like securities (EquiCoin), and coins who's value is pegged to another asset (StableCoins).

This article focuses on EquiCoins and we will refer to coins that meet the definition of a security as such.

Today we will quickly discuss the Howey Test and then apply this test to many of the top cryptocurrencies to determine whether they should be considered a security (EquiCoin) or not.

Howey Co., a citrus company, sold its land to investors who then leased it back to the Howey Company in return for any profits made from the oranges grown on the leased property. The US Securities and Exchange Commision (SEC) viewed these leases as commodities and took the W.J.

Howey Company to court for not registering the leases with the SEC as securities. The Supreme Court ruled in favor of the SEC and laid out “The Howey Test” which has since been used to define a security.

The Howey Test was described as follows in the majority opinion of the Supreme Court: The test is whether the scheme involves an investment of money in a common enterprise with profits to come solely from the efforts of others.

This statement lays out four main criteria for an asset to be defined as a security:

Let’s discuss an asset that meets all four of these criteria: Apple stock.

First, in order to obtain Apple stock you must invest money. Second, this money is held by Apple along with other investors’ money, so this makes it a common enterprise of investors. Third, you and the other investors expect a profit and four, this profit comes solely from the work of Apple as a company and not from your own labor.

Fulfilling all 4 of the criteria from the Howey Test makes Apple stock a security that must be registered with the SEC.

What does this mean for CryptoCurrencies?

With this new guidance by the SEC, cryptocurrencies will have to be careful about interacting with US Investors. Any cryptocurrency that could be considered a security, or EquiCoin, will either have to register with the SEC and follow their regulations or they will have to put in place measures so that US citizens cannot buy or trade their coin.

Failure to do this could result in the seizure of a cryptocurrency’s assets by the US government.

In response, many cryptocurrencies (e.g. TenX, OmiseGo) closed their ICOs to US citizens. This allows them to bypass strict filing rules and compliance with the SEC.

Other ICOs, like Filecoin, plan to utilize a special exemption for their ICO where only investors with $1m or who earn greater than $200k annually can participate in the ICO. Restricting ICO participants to these groups exempts the Coin issuers from having to file with the SEC.

Even after their ICOs, EquiCoins and the exchanges they trade on must continue to take precautions. Exchanges that allow US Citizens to trade will need to either choose to bar US citizens from trading EquiCoins not registered with the SEC (like Bitfinex recently announced) or not trade these coins at all.

For instance, Coinbase/GDAX decided to not trade EquiCoins at all due to concerns related to SEC fines and seizures. While some of these restrictions are related to FinCen regulations dating back to 2013 (like what recently happened to BTC-e), the new SEC guidance will further restrict exchanges allowing US Citizens to trade.

With the Howey Test in mind we will give our opinion on whether or not each of the top Cryptocurrencies should be considered securities/EquiCoins.

The rating we use is: Very Likely, Likely, Unclear, Unlikely, Very Unlikely.

Bitcoin is a pure StoVaCoin. Holding Bitcoin is like holding cash.

There is no common enterprise and there is no third party making raising profit.

We consider Ethereum a UtiliCoin: it both holds value AND provides network utility (i.e.

GAS). There is no promise of profit arising from a 3rd party so is very unlikely to be a security.

At this time there is no expectation of profit (dividends or payouts) expected for Ripple holders. It is used as a value holder for transactions in the Ripple ecosystem.

As this is a Bitcoin clone, BCH is very unlikely to be considered a security for the same reasons as Bitcoin.

With the same set-up as Bitcoin, Litecoin is very unlikely to be considered a security in it's current state.

Holders of NEM do not receive dividends for owning the coin. However, those with 10,000 NEM can harvest and receive the fees associated with harvesting transaction blocks. Since NEM holders must do the work themselves to harvest the reward this is unlikely to be considered a dividend and so unlikely to be a security.

SEC Chair Says Bitcoin Is Not A Security

A clone or perhaps the original chain of Ethereum, ETC is very unlikely to be considered a security for the same reasons as Ethereum (ETH).

There is no expectation of profit coming from the efforts of others making DASH very unlikely to be considered a security.

There is no expectation of profit coming from the efforts of others making Iota very unlikely to be considered a security.

NEO holders earn NeoGas for holding NEO in wallets outside of an exchange.

NeoGas has value due to the Neo Virtual Economy requiring NeoGas for transactions.

It is also expected that NEO holders will get voting rights and dividends from transactions on the Neo blockchain making Neo akin to stocks. This will likely be considered a security.

There is no expectation of profits from the work of others for simply holding Monero.

Stratis is a Proof of Stake system where holders can earn more Stratis by staking coins in an open wallet.

Our interpretation of this is that the work is done by the coin holder manifested by their computer performing PoS to verify network activity. This does not meet the requirement of work being done by a 3rd party.

Similar to Stratis, waves operates PoS with no reward for simply holding (and not staking) coins.

It is unlikely to be considered an EquiCoin.

It’s somewhat difficult to find information on how this coin works. We have not been able to find a white paper describing it.

We suspect it would be considered a security as its purpose is to earn interest by paying it back to BCC developers but it is very unclear.

As there is no expectation of profit aside from the coin’s price this is unlikely to be considered an EquiCoin.

No profit from the work of others. Very unlikely to be an EquiCoin. 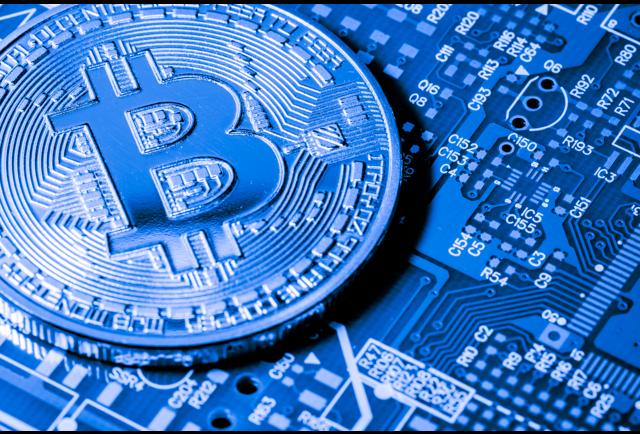 There is no profit coming from the work of others so it is very unlikely to be an EquiCoin.

STEEM itself is not likely an EquiCoin however there is also Steem Power and Steem Dollars.

SEC: Some Crypto Coins Are Securities (Not Bitcoin)

Steem Power earns STEEM at a regular rate and thus could be considered a security. Steem Dollars also earn STEEM simply for holding. It is unclear to us how this will be viewed.

This is a StableCoin pegged to the US Dollar.

It is very unlikely to be considered a security.

According to the OMG whitepaper OMG “tokens will have value derived from the fees derived from this network.” It is unclear if only validators will earn fees or if all token holders will.

Validators collecting fees from confirming blocks would not be considered a dividend as they are doing the work to earn the fees. If mere holders of OMG tokens earn network fees it would likely be considered a security.

This is a UtiliCoin running atop the Ethereum network. There is no expectation of profit for merely holding the coin and any coins earned would be directly related to resources offered to the network

This is a UtiliCoin on its own blockchain. There is no reward for holding the coin such as dividends, voting power, or interest and so is unlikely to be considered a security.

Iconomi lays out in their whitepaper that ICN holders own the Iconomi platform, are entitled to dividends, and have voting rights.

This is analogous to any publicly traded stock and is very likely to be classified as a security by the SEC.

This is architected off of Bitcoin and like Bitcoin will not be considered a security.

Similar to Ethereum except instead of doing transactions on the chain, it tracks it all on sidechains and it uses delegated PoS to confirm transaction.

This is a UtiliCoin designed to extend the DAPP ecosystem.

Owning SNT will not result in any dividends or profit taking however it does give you ownership of the Status Network. It is unclear how this will be viewed by the SEC and other regulatory bodies.

Such unlikely, much WOW!

As outlined in the TenX Whitepaper “TenX holders are entitled to 0.5% of the aggregate payment volume...in Ether.” Based off this statement it seems clear that this coin meets the criteria of a security.

However, TenX has stated it is not considered a security as can be seen in this unofficial Reddit response stating the payment is a ‘reward’ and not a ‘dividend.’ Presumably TenX has lawyers advising them and this article is personal opinion so we will say it is likely they are considered a security since there is an expectation of financial gain (however fractional) by work done from a 3rd party.

There is no distribution of profit acquired by a 3rd party so this is very unlikely to be considered an EquiCoin.

There is no distribution of profit that was acquired by a 3rd party making BAT very unlikely to be considered an EquiCoin.

There is no profit derived from the work of a 3rd party however there are some similarities to it and the DAO token.

It appears different enough that it will be unlikely to be classified as an EquiCoin.

Aragon is set up similarly to the DAO which was recently deemed a security by the SEC. ANT gives holders governance and voting power for the distribution of assets with the purpose of profit making. It will likely be considered a security

Dice holders earn Ethereum based off of the profits it takes from its gambling enterprise.

As such this is very likely to be considered a security.

From their website they state "By owning Reputation and participating in the accurate reporting on the outcomes of events, you are entitled to a portion of Augurs market fees. Each Reputation token entitles you to 1 / 22,000,000 of Augurs total market fees.

The more Reputation you own and report correctly with, the more in fees you will collect." This appears to require work on the token holders behalf which would mean it is not a 3rd party doing the work, but it is unclear what would occur if a token holder did no work and still collected fees.