What is the BitLicense? Understanding New York’s Crypto Laws And how could the BitLicense shape crypto regulation in the rest of America? Read this guide to learn the answer to these and other BitLicense questions.

What is the BitLicense?

BitLicense is the name New York’s state government gave to its set of regulations for the cryptocurrency industry. The regulations apply to any company engaged in the following “virtual currency” business activities:

The BitLicense does not apply to retailers that accept bitcoin or to individuals trading or purchasing with bitcoin. 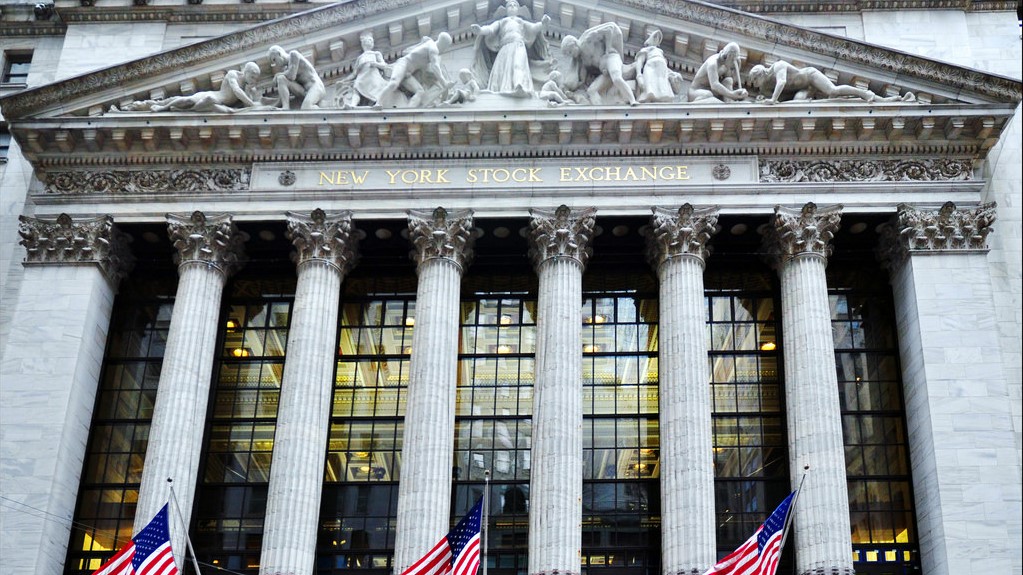 Likewise, software developers can be exempt from the BitLicense so long as their applications never take possession of customers’ digital assets.

What is the NYDFS?

Overseeing the crypto industry in New York is only a small part of the DFS mandate. The agency oversees all banks, insurers, credit unions, check cashing services and other financial institutions doing business in New York.

All states have similar organizations, but New York is special.

As the fourth largest state in the Union and the center of America’s financial industry, the regulations New York’s state government imposes has far-reaching effects on national and international policies.

Within the past month alone, the DFS has laid out policies for regulating online lenders, providing banking services to medical marijuana companies, and imposing a post-hack action plan on Equifax.

How was the BitLicense created?

Over the course of 2013, bitcoin enthusiasts and financial regulators watched the largest bitcoin exchange in the world, Mt.Gox, collapse.

New York regulators decided they needed to step in and ensure that kind of thing did not happen in their state. The DFS issued a Notice of Inquiry (PDF) in August 2013

The DFS Notice said that the agency was “concerned that – at a minimum – virtual currency exchangers may be engaging in money transmission as defined in New York law, which is an activity that is licensed and regulated by DFS.“

The DFS further said that regulations that encouraged robust business processes, prevented criminal activity and provided transparency for investors “will be beneficial to the long-term strength of the virtual currency industry.”

Along with the announcement, the DFS issued 22 subpoenas to the executives and investors at bitcoin exchanges and other crypto companies.

A Forbes article at the time reported that “the recipients of the subpoenas are nationwide and include everyone on the ‘people making real money on Bitcoin’ list.”

Predictably, the crypto community’s response was mixed. Coinsetter founder Jaron Lukasiewicz told CoinDesk that top bitcoin companies “take regulation very seriously and are working hard to do things the right way.” In the same article, the Bitcoin Foundation’s Patrick Murck said that “the requests are onerous and set a poor tone for New York as a home for innovation.”

DFS superintendent Ben Lawsky tried to win the crypto community’s support by introducing the BitLicense draft on the r/bitcoin subreddit. “We believe that setting up common sense rules of the road is vital to the long-term future of the virtual currency industry, as well as the safety and soundness of customer assets,” Lawsky said.

The crypto community didn’t see it that way. More than 3,000 official comments were submitted to the DFS during the 45-day public comment period. A submission from Coinbase (PDF) sums up the industry’s point of view. “… There is no need to hold a nascent industry to standards that far exceed those applied to money transmitters under existing state and federal law.”

Coinbase went on to say the DFS could achieve the same goals with less burden by “simply amending its money transmission regulations to add definitions of Virtual Currency and Virtual Currency Business Activity”.

This is the approach that most other states have taken to regulating cryptocurrency companies.

Related:Bitcoin and Cryptocurrency Laws in All 50 States (plus DC & Puerto Rico)

Every virtual currency company doing business in New York had 45 days to submit a BitLicencse application or leave the state.

Who Has a BitLicense?

Over the past three years, the DFS has only authorized 10 companies to deal in virtual currencies in the state of New York.

Of these, Paxos and Gemini were already licensed under New York Banking Law which has similar documentation, reporting and know your customer regulations.

Rather than force banks to get overlapping licenses, they can get “chartered” by DFS to engage in virtual currency business activities.

Paxos provides blockchain-based institutional settlement services. When businesses pay each other, the financial transactions flow through a series of banks and intermediaries taking days to complete, or “settle”. Since these middlemen charge fees of their own, the cost of the whole process gets expensive. Paxos makes settlement faster and cheaper by using the blockchain to handle institutional payments.

Gemini became the second company to receive a banking law charter from the DFS.

Cameron and Tyler Winklevoss founded Gemini as a “security-first” cryptocurrency exchange for individual and institutional investors.

Bitcoin and Cryptocurrency from A to Z

The original blessing from the DFS only covered trading in bitcoin. Subsequently, two follow-up approvals gave Gemini the ability to support ether and then to add markets in zcash, litecoin and bitcoin cash.

People can buy bitcoin and six other cryptocurrencies through Circle Invest or transfer money to people in 29 countries with Circle Pay. Circle Trade is an over-the-counter (OTC) cryptocurrency market. Institutions making large trades (Circle Trade’s minimums are $250,000) could significantly impact prices so they often prefer dealing one-on-one with another institution.

OTC markets like Circle Trade bring the two together.

In early 2018, Circle bought out the founders of retail crypto exchange Poloniex. The current BitLicense does not cover Circle’s new addition, but Circle seems to be working hard to get Polo’s systems ready for the DFS’ review.

It is a subsidiary of Ripple, another company using blockchain technology to improve the global settlement system.

Banks and other financial institutions can contract with XRP II to buy, sell and hold XRPs, the digital asset that powers Ripple’s blockchain.

Coinbase was the first crypto exchange to receive a BitLicense rather than a charter approval. As was the case with Gemini, the original approval only covered bitcoin trading.

Coinbase had to get DFS approval to offer ether and litecoin trading.

Square already had a New York money transmitter license due to its network of retail point-of-sale terminals.

The BitLicense lets New Yorkers use Square Cash, a digital wallet that lets you pay with cash or buy bitcoin.

The most recent business to receive a BitLicense is bitcoin payment processor BitPay.

Who walked away from New York?

Many cryptocurrency companies took a long hard look at the BitLicense requirements and decided blocking New Yorkers would be easier. One of the largest and most well-respected American exchanges, Kraken, was one of the first to close up shop in New York.

The company’s “Farewell, New York” blog post called BitLicense “so foul, so cruel that not even Kraken possesses the courage or strength to face its nasty, big, pointy teeth.”

Crypto-to-crypto trading service ShapeShift geoblocks anyone in New York and redirects them to thePleaseProtectConsumers.org website. Other exchanges once available in New York include Bitfinex, BitQuick, LocalBitcoins, Paxful, and Poloniex.

What’s So Hard About BitLicense?

Take a close look at the ten companies that have received the DFS blessing.

Most of them were already well-integrated into the traditional financial system and all of them are well-financed.

The biggest criticism of the BitLicense is that it expects virtual currency businesses to be as well-financed and well-versed in regulatory matters as an investment bank.

By contrast, most cryptocurrency businesses are startup companies.

Take Seattle-based exchange Bittrex, for example. Its founders had day jobs for the first four years the exchange was in business.

Their first employee wasn’t hired until 2017.

The cost of a BitLicense.

Besides the $5,000 application fee, companies seeking a BitLicense must hire outside auditors to evaluate their finances and cybersecurity practices.

They even have to conduct background checks of the companies’ executives and investors.

European exchange Bitstamp told CoinDesk that it established a US headquarters in New York City, hired an ex-Citibank compliance officer, and spent more than $100,000 preparing its BitLicense application… and it’s still waiting for an answer.

One of the most onerous tasks in the BitLicense process is the requirement to document nearly every aspect of a company’s operations.

From financial plans to cybersecurity processes to customer identification procedures, the company must formally document every single step.

BitLicense recipients also have to keep mountains of records — and it isn’t just the bitcoin transactions. Every piece of marketing collateral, every advertisement, every redesign of the company’s website has to be kept on file for seven years.

The success of modern startup culture relies on a small company’s ability to respond quickly to changing market conditions.

The DFS won’t let that happen. Any change to the company’s strategy, any new product offering, any tweak to an existing service has to be submitted in advance to the DFS for approval.

Something as simple as adding ether to an exchange’s listing becomes an arduous and expensive process.

Is BitLicense the Future of State Regulation?

When it comes to environmental regulation, the states look to California.

However, when it comes to financial regulation, New York is the one at the front of the pack. More and more states are now looking at the BitLicense as the model for their own regulation of the cryptocurrency industry.

One way New York’s approach to cryptocurrency could catch on is through a century-old organization designed to make interstate commerce easier.

Each of the states appoints representatives to the Uniform Law Commission (ULC) where they try to reduce the variation between state laws. The Uniform Commercial Code, for example, is a template for regulations related to personal property, bank loans and other transactions.

Just like with the Uniform Commercial Code, the URVCBA provides a template for state governments to use when writing their own cryptocurrency regulations.

The process of creating the URVCBA began in 2015 when one of the ULC’s members proposed a framework for cryptocurrency regulation.

That member was the State of New York. Its proposal was a word-for-word copy of the BitLicense.

If New York’s BitLicense had been published as a set of guidelines, there wouldn’t be too much to object to.

Companies ought to keep their financial records in order and commission independent audits of their financial statements. Documenting internal processes, protecting customers’ assets, and making sure every employee understands how those processes work isn’t unreasonable.

But it’s a lot easier for a company like Coinbase with an $8 billion valuation to do all of this work than it is for a lean startup like Bittrex that, until recently, was run from the founders’ living rooms.

New York is the center of America’s financial establishment and that gives it the talent and resources to be the home of the nation’s fintech innovation.

But New York won’t remain a leader if the DFS only approves a few applications a year. The startup culture on the other coast is a lot more dynamic. As cryptocurrency becomes more accepted, we could see America’s financial center shift to where innovation is more welcome.