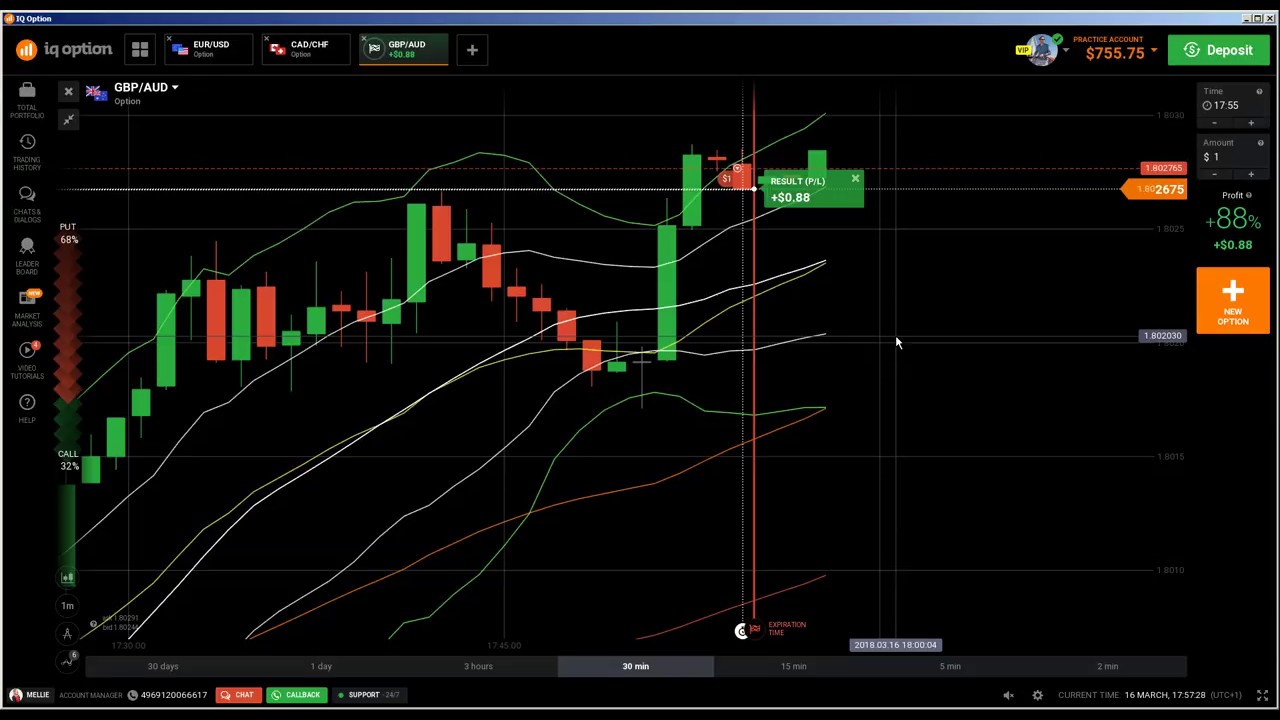 On Monday, I broke from my normal routine of trading 15-minute expiries from the 5-minute chart in favor of “60-second” binary options. For one, I simply felt like breaking things up a bit for my own enjoyment.

And two, I know that many traders are into this fast-paced alternative, as it’s now offered by many offshore brokers.

Normally, I do not trade 1-minute options first and foremost because the payout is relatively poor (70%).

Also, it is more difficult to be as accurate with these trades as the 15-minute trades, due to the inherent level of noise on the 1-minute chart, in my opinion.

Find support and resistance levels in the market where short-term bounces can be had. Pivots points and Fibonacci retracement levels can be particularly useful, just as they are on other timeframes while trading longer-term instruments.

That said, don’t overtrade by taking set-ups that aren’t actually there.

That’s far worse than even choosing to trade at all.

3. Don’t blindly trade all touches of support and resistance. Continue to consider price action (e.g., candlestick types and formations), trend direction, momentum, and things of that nature that come with personal exposure to how markets of your interest behave and furthering your trading education to continually become better.

#5: Basically the same trade as the previous one.

Price was holding pretty well at 1.32715 so I took a subsequent call option and won this trade.

On the 2:26 candle, price made its move back up to the 1.32761 resistance level. On a normal move, I would take a put option there, but momentum was strong on the 2:26 candle (nearly six pips) so I avoided the trade.

So my next trade was yet another call option down near where I had taken call options during my previous two trades. However, since 1.32715 had been slightly breached before, I decided to instead take a call option at 1.32710 instead.

I felt this was a safer move as just half-a-pip can be crucial in determining whether a 60-second trade is won or lost. This trade won.

#9: This trade was a put option at 1.32710, using the concept that old support can turn into new resistance. Nevertheless, this trade did not win as price continued to climb back into its previous trading range.

This trade might seem a bit puzzling at first given a new high for the day had been established and that momentum was upward. But by simply watching the candle it seemed that price was apt to fall a bit.

It was also heading into an area of recent resistance so once it hit 1.32817, I took the put option and the trade worked out. 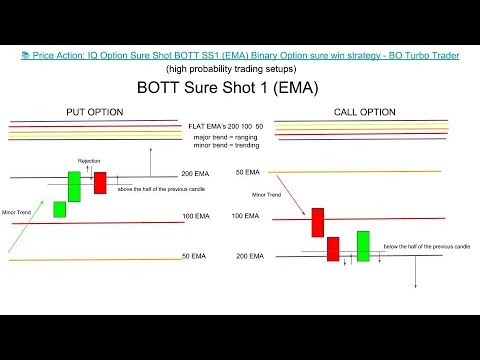 I had intended to take a put option at this level on the 3:22 candle, but price went through it quickly and closed. And then for maybe 10-15 seconds, my price feed was delayed and by the time it the connection was recovered it was over a pip above my intended entry. So I’m glad I missed that trade, as it’s one that would have lost.

I did end up using the 1.32839 level on a call option, though, given that previous resistance can turn into new support. 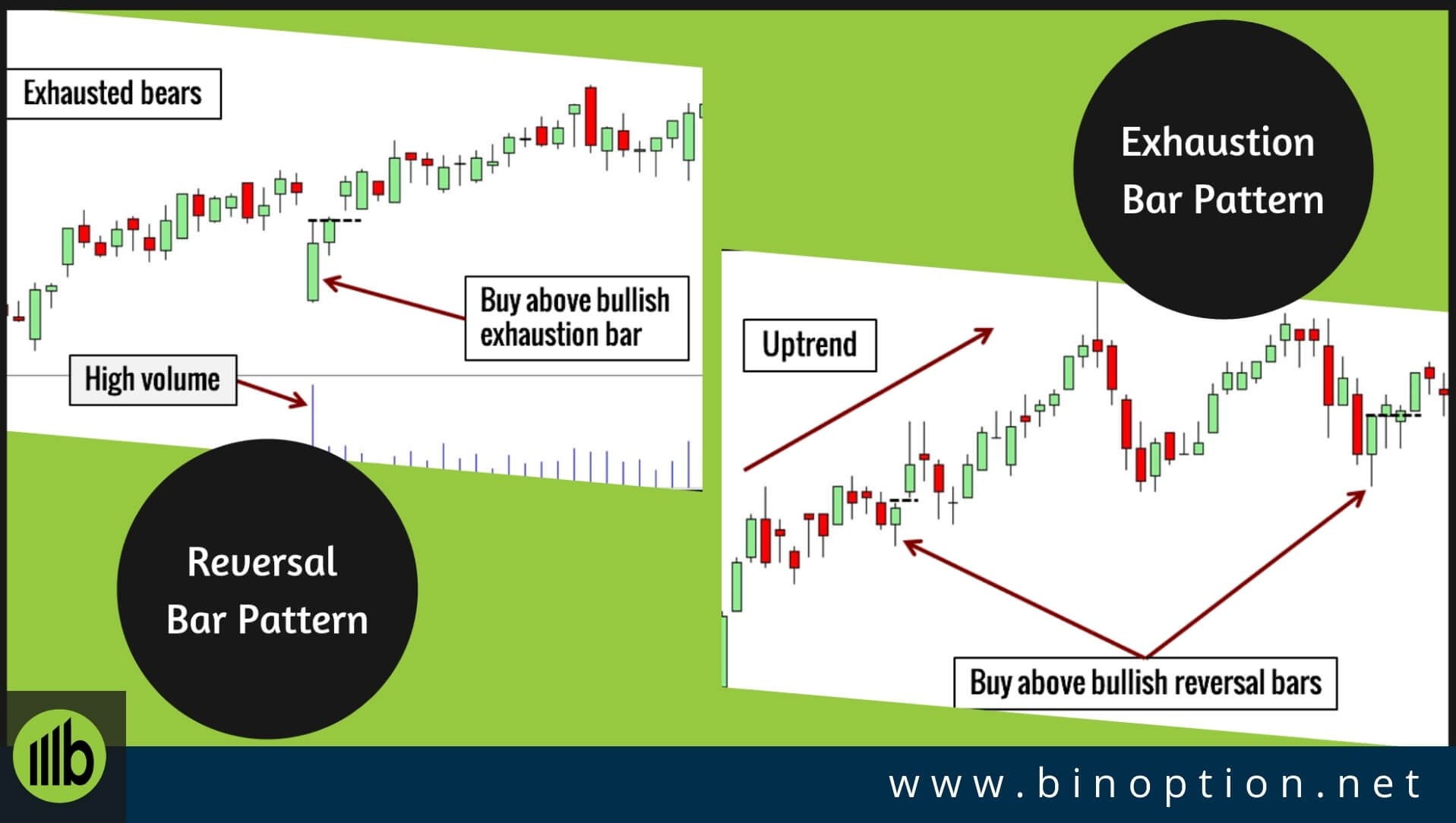 #13: 1.32892 was now currently the high for the day and had formed a recent resistance level. I took a put option on the touch of the level.

#16: Another fifteen minutes passed by before I was able to take another trade set-up. This time, I used 1.32892 as a support level (old resistance turning into new support) to take a call option. This trade was probably my favorite set-up of the day and was aided by the fact that the trend was up. It turned out to be a winner.

Using support and resistance to figure out the price action

This was another good four-pip winner.

But, in general, I have faith in my strategy to predict future market direction with a reasonable level of accuracy, and my ability to apply it to any market or timeframe. I also enjoyed toying around with the 1-minute options, as it was a new experience, and I would definitely consider adding more 60-second option days into my regimen in the future.