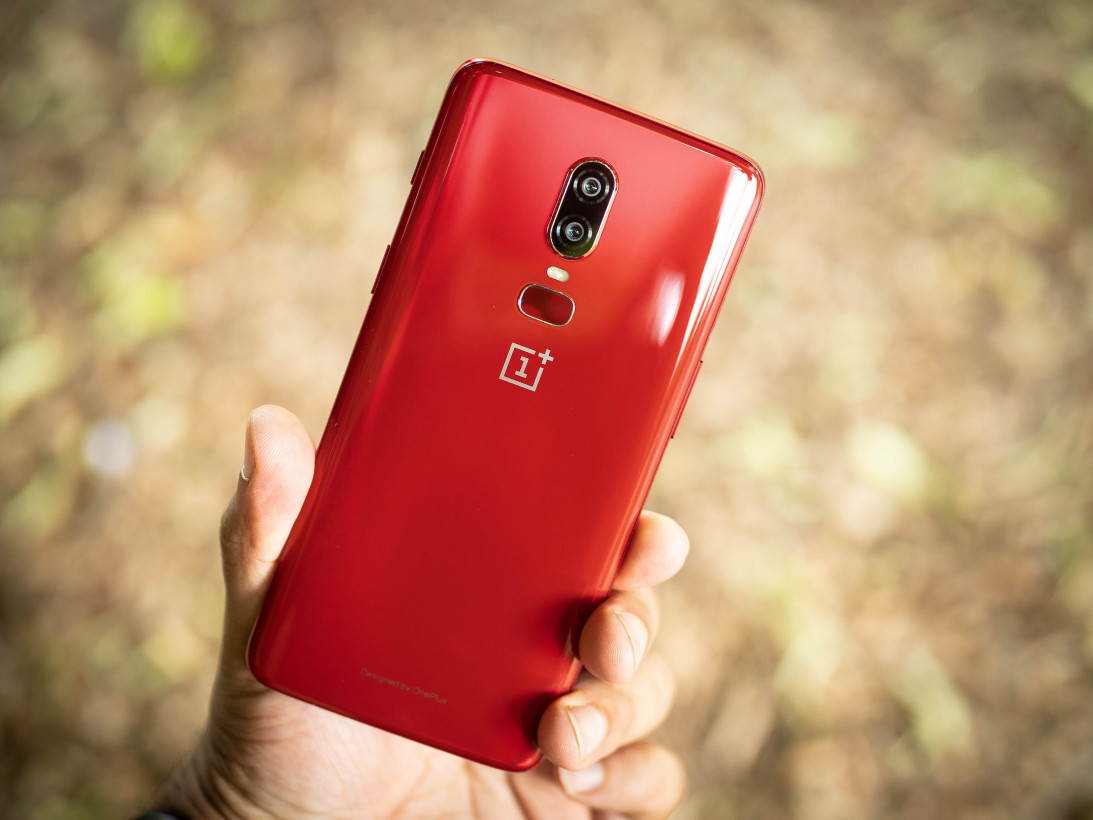 We're still a few days away from the official reveal of the OnePlus 6, but today the device was shown off by OnePlus CEO Pete Lau himself.

Images posted to Twitter by actor Amitabh Bachchan show himself and Lau checking out the OnePlus 6.

We can't see much of the phone since it's in their hands, but we do get a clear look at the upper half of the OP6's backside.

The photos show a OnePlus-branded device with a vertically stacked dual rear camera setup with an oblong fingerprint reader below it. Lau is holding a white version of the OnePlus 6 while Bachchan is holding a black version.

The design of the OnePlus 6 is a bit different from the OnePlus 5T, at least when it comes to the back of the phone. The dual rear cameras on the 5T were located in the corner of the device's backside, while the OnePlus 6's dual rear camera setup is placed in the middle of the phone's body. The fingerprint reader shape has been changed, too, going from a circle on the 5T to an oblong pill shape on the 6.

OnePlus will officially reveal the OnePlus 6 on May 16th.

Oneplus 7 Pro - A Look At All The Colors - Which One Should You Buy? Smartphone2torials

Are you looking forward to it?