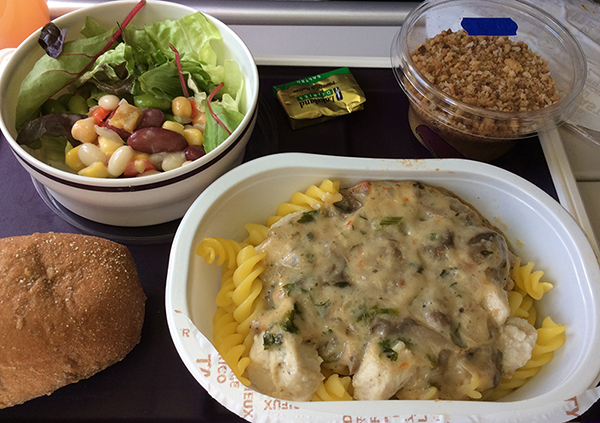 I was a little nervous about my flight to the USA.

I hadn’t flown long-haul since diagnosis and after hearing that a flight “forgot” my mum’s gluten-free meal, I had loaded up on snacks and spare sandwiches… JUST IN CASE.

Virgin Atlantic has a good reputation, and upon booking I could immediately choose my meal selection. They had quite a large variety of options, but it looked like it could be complicated for those with more than one allergy or intolerance. 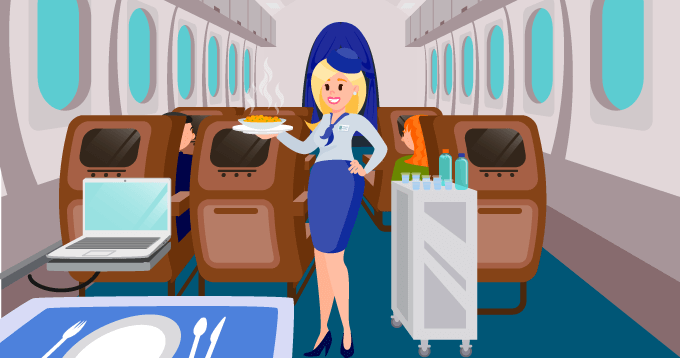 I selected gluten-free and it showed up next to my booking confirmation.

When I checked in at the booth at Heathrow, a little notice came while my boarding cards were being printed that said “Your meal request has been acknowledged”, so I relaxed and “enjoyed” browsing around the terminal. Does anyone actually buy anything other than travel essentials at airports?

Prices don’t really seem that cheap, so they must be targeting people who simply must buy something when they see a shop. I don’t know, it baffles me. After feeling up some silk Ted Baker floaty dress thingy, I boarded the flight.

Airlines will generally serve the special meals first, so when you see the attendants bringing out a small number of meals and distributing them in a non-linear fashion, that’s when you can start elongating your neck, meerkat style, and giving the flight attendants sad, hungry eyes.

On the outbound flight, the attendants were great. The food was mixed.

First up was the hot meal: 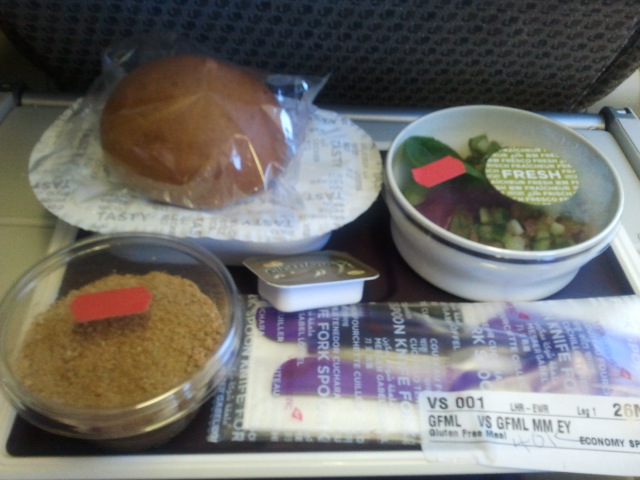 Sorry for the picture quality but I had to surreptitiously take it with my phone, because I hadn’t anticipated how embarrassing it would be to whip out my camera and start snapping AIRLINE food.

It’s different in restaurants, but I felt totally crazy wanting to photograph my sad little meal. THE THINGS I DO FOR YOU GUYS…!

In addition to the hot meal, there was a salad, a bread roll and some cold dessert which I think was supposed to be apple crumble.

It was inedible, but the salad and bread roll were pretty decent. Here’s what was in the hot meal: 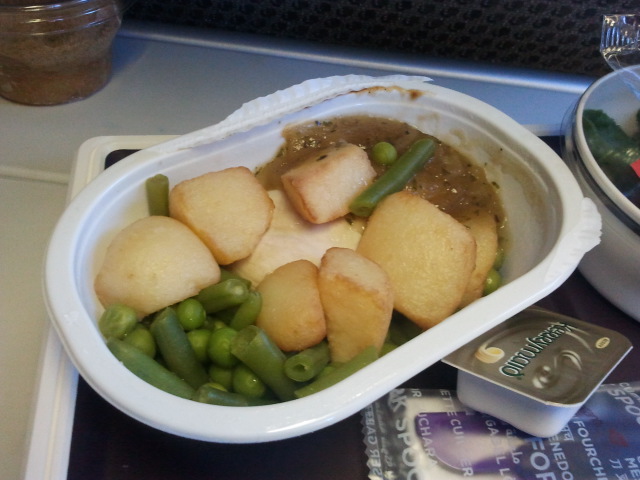 Yes, that’s a chicken breast hiding under the potatoes, with what appears to be mushy jelly. I can’t pretend it was very nice, it had a whiff of early 90s school dinners, but at least I got fed.

Furthermore, the normal passengers seemed to get an almost identical mushy chicken/potato/bean combo, so I didn’t miss out!

For the second meal things started looking up: 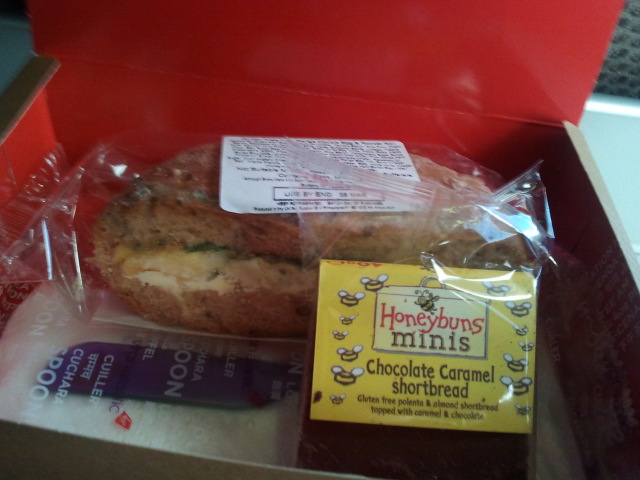 Things are looking up!

Honeybuns on a flight!!!

I was in heaven, although it tasted rather stale (and I’ve tasted fresh Honeybuns, which is nowhere near stale!). The bread roll was also pretty decent, although I can’t remember the filling – I think an egg salad of some kind.

I wished they had given me that instead of the mush earlier.

On the flight back I saw the special meals being distributed, but the attendants forgot about me so I had to ask them for my meal.

Thankfully it was there, so I have no idea why they didn’t give it to me. 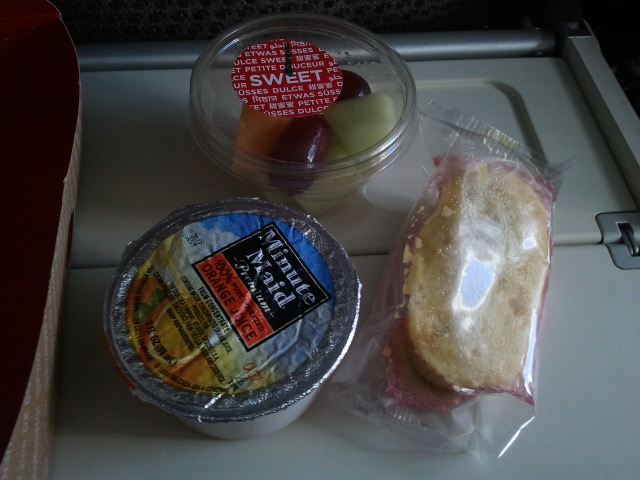 That’s orange juice, fruit and a brioche type thing which was rather good. 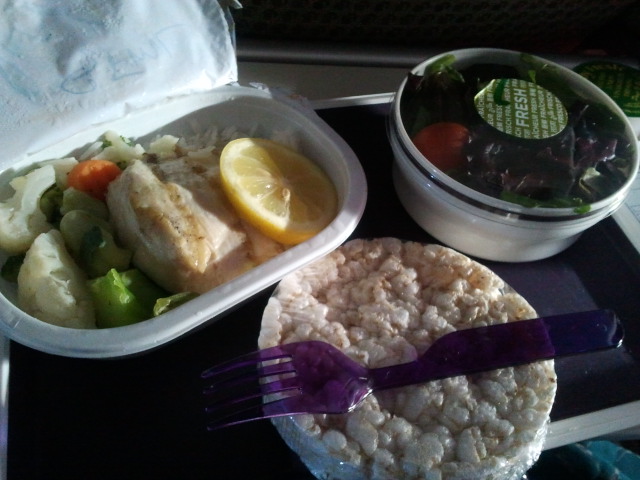 Lunch – the best meal of both flights

My last meal was hands down the best meal I had with Virgin Atlantic.

Chicken and vegetables on a bed of tasty rice, rice cakes and a fresh salad. Om nom nom.

My main concerns before flying were that I would be forgotten, and not provided for, but the staff were very good.

There was actually another gluten-free person on one of the flights – I kind of wanted to go over and say hi, but I realise that might have seemed a little weird. (But no weirder than taking pictures of airline food!)

The meals varied, but the quality was much better than I had expected – except the disgusting apple crumble.