A Blockchain Without Cryptocurrency Is Just A Database Innovation

While in Davos, Business Insider’s Sara Silverstein interviewed Adam Ludwin, co-founder and CEO of Chain, for a special edition of Crypto Insider. The following is a transcript of the interview.

Silverstein: So how does — but your blockchain, many blockchains exist without a cryptocurrency.

Silverstein: So how important is the connection between the two or do you envision a future of blockchain without cryptocurrency?

Ludwin: So I think there’s this false dichotomy that’s pretty popular at conferences like Davos where you hear — you hear many different languages at Davos. But when I don’t understand what someone is saying, I just assume they’re saying, “you know, I don’t like bitcoin, but the underlying blockchain technology…” I think I know how to say that in 20 languages now.

So yeah, I think it’s a false dichotomy. Like I said, they’re both useful and they’re actually on more of a continuum than people appreciate. So a lot of the work we do, for example, is linking private blockchain — where there is no cryptocurrency — into a public blockchain.

But to answer your question, you’re right our protocol does not have a cryptocurrency. And the reason for that is we don’t need one, because the cryptocurrency — or cryptoasset — its purpose is to provide an economic incentive to a decentralized operating group.

Silverstein: To keep it going?

Ludwin: To keep going and we don’t need that, because we already know who’s going to run the business.

So yes, we could create a currency to cash in on the the hype, but we’re much more interested in building a real business. And so that’s why we’re focused on that.

And that’s not to suggest that there’s anything wrong with creating new cryptocurrencies. Again, I think it’s just such a different context; it’s hard to compare them.

And I think over time, especially this year, I think one of the big trends is they’ll converge more than people are expecting.

Silverstein: They’ll converge in what way?

Ludwin: They’ll converge in the following way — we have different payment networks and financial markets all around the world quite fragmented; there’s very little mesh or interoperability between networks.

So right now, for example, if you’re in China, and you open up the Alipay app and you want to send money out of China, do you know what option you have? Do you know what it says in the app? It says Western Union.

So, you know, I think that is going to change. I think the interoperability between say WhatsApp — if they ever have payments — and Alipay will be something that looks somewhat like a public blockchain. So I think that’s where we’re going to see real penetration and links between the existing financial institutions — some of which run blockchain architecture, some of which don’t — and public networks, which will, sort of, drive interoperability.

And then in parallel, I think you’ll continue to see cryptoassets that are serving, you know, these alternative software models that for many people, don’t get them anything new, but for certain people in certain contexts, it’s really a good solution for them.

Silverstein: And why does the blockchain software — why does that always come with the word integrity?

But why the name “blockchain”?

Ludwin: Because the core innovation and in a blockchain — now a blockchain by the way is just a data model; it’s being used — to meet — to address a lot of different things in, you know, corporate marketing at an event like Davos.

But the technical reality is blockchain’s just a data model. 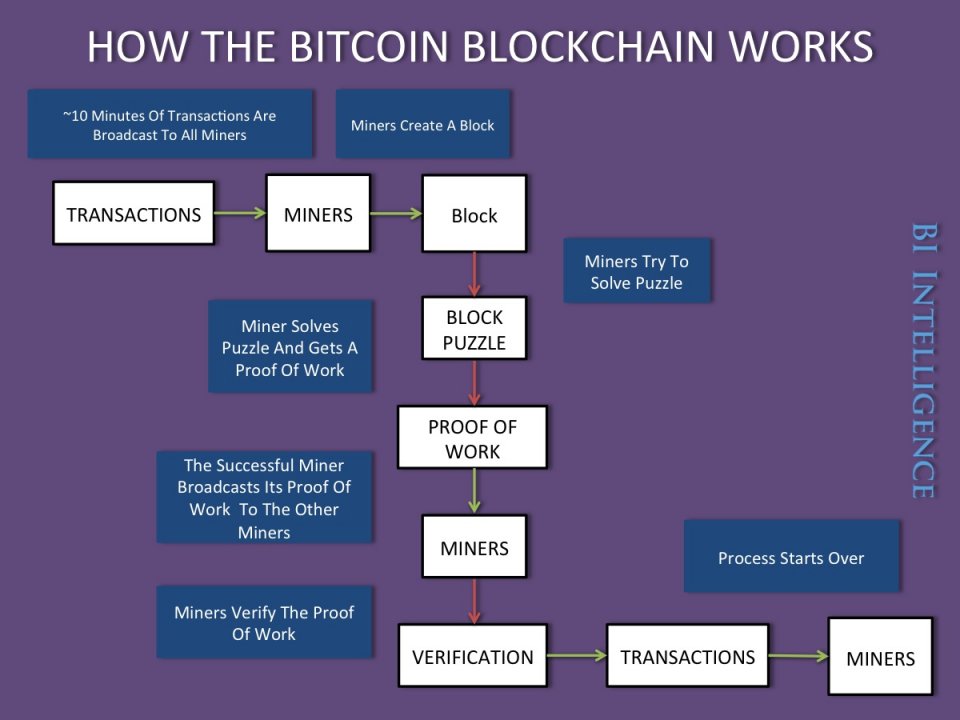 It’s a database innovation. And that innovation is applying cryptography to every transaction update in that database, so that anyone can independently verify whether there’s been a change to the database and can independently verify therefore, sort of, the state of say a balance in a checking account, or the current custodian of a security, or the current owner of a cryptocurrency.

A Cryptocurrency Without A Blockchain Has Been Built To Outperform Bitcoin

But in our view, a blockchain is as relevant as an accounting model as it is as a mechanism to create decentralization. It just depends on the design goal and the intention of the company or group that’s deploying the technology.