Up in the Austrian Alps, inside two hydropower mills, a start-up called HydroMiner keeps high-power computers, CPUs, and servers running around the clock. These machines suck in a steady 600 Kilowatts of cheap hydroelectric power as they seek to mine new bitcoins — an energy-intensive process that involves solving mathematical problems by repeated trial and error.

But unlike other bitcoin miners, HydroMiner says it’s minting cryptocurrencies without harming the environment or contributing to climate change.

“You need cheap energy to fuel your hardware,” says HydroMiner’s co-founder and CEO Nadine Damblon. By setting up shop next to where the electricity is produced, the start-up is able to pay only 4 to 6 euro cents per kW, racking up over $300,000 in profits every month.

“Hydropower is the best renewable energy we could find,” Damblon says.

HydroMiner is one example of how the cryptocurrency community is hoping to address the public outcry over the astronomical amount of energy bitcoin mining consumes. Rather than impeding attempts to avert catastrophic climate change, some in the crypto community argue, all that energy demand could drive the development of better renewable energy technology.

But others don’t buy it: Bitcoin can only work if it changes the way it operates, some researchers say. Otherwise, mining will drive up the consumption of energy from all sources — including coal and nuclear.

“Since the aim of expanding renewables is not to promote renewables for their own sake but to reduce the use of fossil fuels, the demand from Bitcoin is environmentally harmful, even if part of it is met by expanding renewables,” John Quiggin, a research economist at the University of Queensland in Australia.

Cryptocurrencies like bitcoin work like peer-to-peer digital cash that allows people to pay each other without having to rely on a third party like governments or banks.

The value of certain cryptocurrencies like bitcoin — the most successful one by far — has skyrocketed, to over $15,000 per bitcoin from less than $1,000 at the beginning of 2017. But all the hype comes with costs — namely, energy consumption. Right now, mining bitcoins consumes as much power as the entire country of Bulgaria, according to the cryptocurrency website Digiconomics.

A single bitcoin transaction can consume as much electricity as it’d take to power eight homes in the US for one day.

Why? The answer lies in how bitcoin works. All bitcoin transactions are recorded in what’s called the blockchain, which is simply a list of all transactions since bitcoin was launched in January 2009.

Around the world, people with powerful computers and CPUs, called “miners,” compete to maintain this ledger, adding transactions — or blocks — roughly every ten minutes. They’re rewarded with bitcoin, as well as any fees tied to those transactions. With the price skyrocketing, that can be a lot of money.

“Think of bitcoin now as like a hat on the table, and everyone who comes to the party puts their name in the hat and then we draw a name out and they win a lottery,” says Peter Van Valkenburgh, director of research at Coin Center, a cryptocurrency advocacy group.

To prevent people from filling that hat with millions of copies of the same name, to up their chances of winning the lottery, as well as limit the number of minted bitcoins, the bitcoin protocol ramps up the difficulty of the mathematical puzzles miners have to solve in order to add to the blockchain.

This is what’s sucking up all that electricity. As more and more miners compete for the rewards, the protocol automatically adjusts to make it even harder to mine — making ever-more powerful computers spend ever-greater amounts of energy to crack the code.

Right now, computers solving these puzzles consume 0.16 percent of the whole world’s electricity consumption. Eric Holthaus at Grist calculated that by July 2019, mining bitcoins will require more electricity than the whole US.

By February 2020, it will consume as much electricity as the entire world. That’s obviously not a feasible system.

“I don’t think that’s realistic or something that’s sustainable,” says Garrick Hileman, a blockchain researcher at the University of Cambridge.

“Something’s gonna have to give at some point.”

One way to solve the problem, some bitcoin entrepreneurs believe, is to make sure all bitcoins are mined using renewable energy — like HydroMiner is doing in Austria. Van Valkenburgh thinks that’s possible. Traditional industry, like a chemical manufacturing plant, for instance, has to be located at strategic spots where raw material can be shipped in and final products can be shipped out at low costs, or where local governments grant subsidies to attract jobs.

In these spots, the only available electricity might come from coal or fossil fuels, leaving the industry few options. But for cryptocurrency miners, electricity can make up to 70 percent of the total costs of operations, Van Valkenburgh says.

So it makes sense that miners will go where electricity is cheap. And renewable energy is getting cheaper.

Solar energy, for instance, is now costing a few cents per kilowatt hour, making it competitive with coal and fossil fuels. Iceland, where geothermal and hydroelectric energy are plentiful and inexpensive, has attracted severalmining operations.

What is consolidation forex

So has China, where several hydroelectric facilities developed to power cities that were never built in the Sichuan province are now used to mine bitcoins, according to Hileman. (A lot of that electricity also comes from coal, however, he says.) HydroMiner in Austria says that its own energy costs are 85 percent lower than average energy prices in Europe.

“If bitcoin were to start consuming even larger amounts of energy in the long term, that’s almost like a bounty to incentivize people to develop more efficient energy production,” Van Valkenburgh says.

Tam Hunt, a renewable energy expert who’s launching several solar powered bitcoin mining operations in the US, also believes regulation is coming and bitcoin miners will have to switch to renewables to stay in business.

“I see governments getting increasingly worried about the amount of power they use to mine bitcoin,” Hunt says. “If you’re not mining responsibly, you’re probably going to get shut down by the government before very long.” He’s currently developing a 3-Megawatt solar facility with a 1 mW mining operation near Mojave in California, on a 20-acre property.

Like HydroMiner, Hunt’s high-power computers will be on site, hosted inside a big insulated warehouse, so they can suck in energy as it’s produced. It’ll cost $6 million to build, Hunt says, but with the current returns from bitcoin mining, the project will pay itself after about a year.

Not everyone is convinced that the switch to green energy will happen. Bitcoin mining requires a steady and continuous influx of power to operate, which is “best supplied by always-on sources like coal and nuclear power,” says Quiggin at the University of Queensland.

The environmental cost of cryptocurrency mines

For Hileman, it’s a matter of how competitive renewable energy is in terms of cost. “At the end of the day, bitcoin mining is going to gravitate towards the places where electricity is the least expensive,” he says.

So if coal is cheaper, miners will keep using coal. And even if renewables are cheaper, bitcoin mining would be sucking up energy that could be replacing fossil fuels powering homes and industries.

Van Valkenburgh argues that there’s another reason not to worry: according to the bitcoin protocol, there can be only 21 million bitcoins in circulation, and every four years, the number of bitcoins miners receive as a reward decreases by half. Eventually it will go to zero. 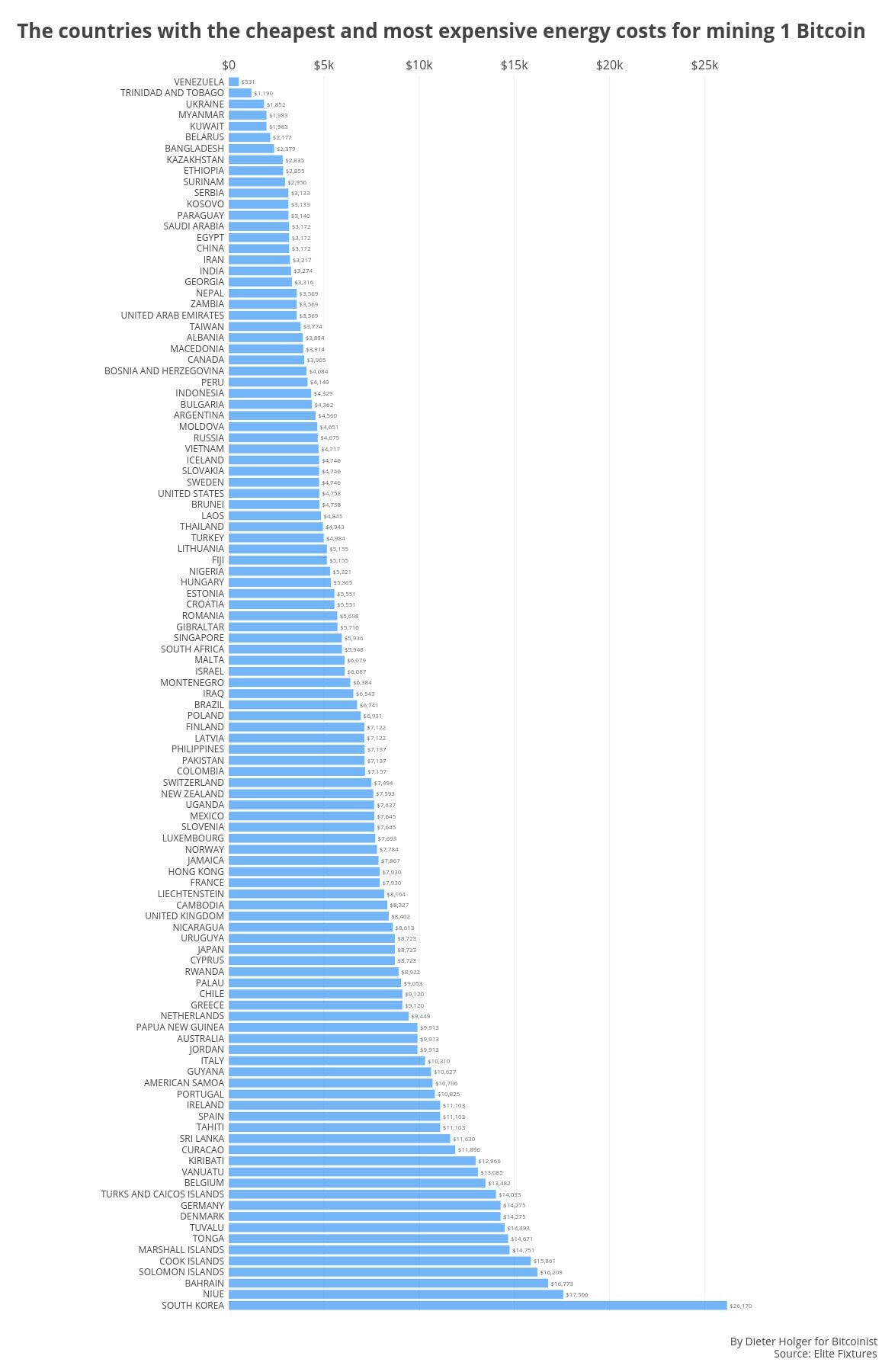 “There’ll be less value on the table, which means fewer people will come to the table by solving the math equation by spending electricity,” he says. But there’s a problem: according to Hunt’s calculations, the 21 million cap won’t be hit until 2140. 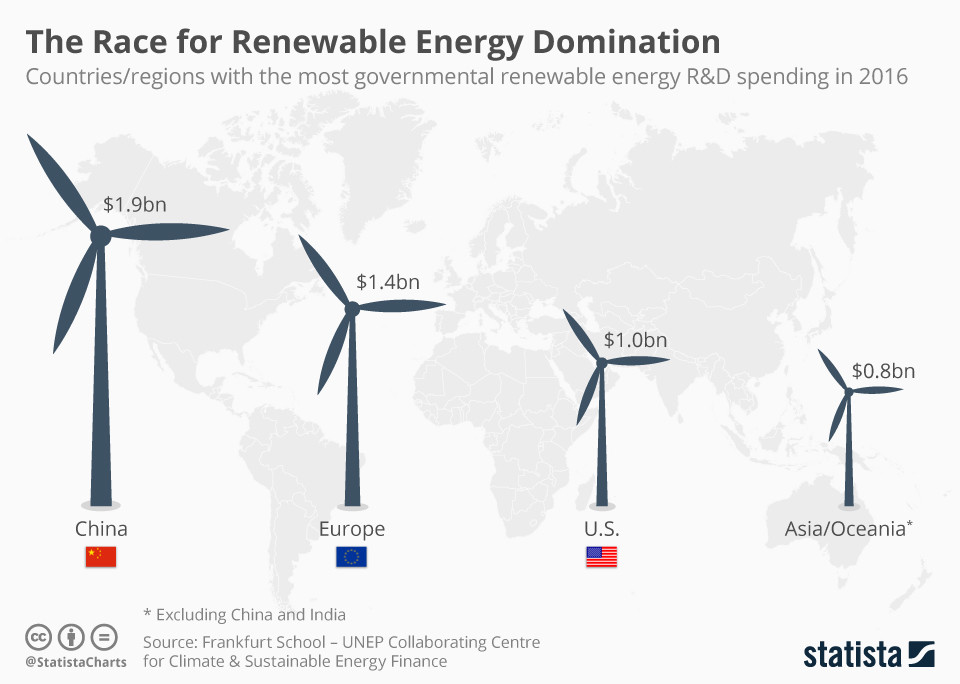 That’s a long time to keep consuming immense amounts of energy, considering that we don’t have that much time in the fight against climate change.

Other researchers are trying to figure out new ways to secure the bitcoin network that require much less electricity. One approach allows people who own the most cryptocurrency, not the most computing power, to manage the ledger.

That assumes that people who have large stakes have a natural incentive to make sure only valid transactions are added to the blockchain. The second largest cryptocurrency, called Ethereum, should adopt this sort of “crypto-aristocracy” next year — but until it’s implemented, it’s impossible to tell whether it’ll work.

“Things can look great on paper and make theoretical sense, but until they’re deployed at scale you really don’t know if a new consensus algorithm is going to work as effectively,” Hileman says.

Cryptocurrency entrepreneurs like Damblon at HydroMiner believe that the switch to green mining sectors is bound to happen. But even if it does, it’s unlikely to take place right away.

Fossil fuels will remain cheap for the foreseeable future, and better renewable technologies take time to develop. Until then, it’s a matter of what society values the most: an alternative currency that may give people freedom from big banks — or less charitably, wild profits on currency speculation — or the kind of livable world that can give rise to such a crazy idea in the first place.