The rapid rise in the price of bitcoin and other cryptocurrencies has attracted the attention of investors, financial companies, regulators, and the media alike.

While many have had their interest piqued, it can be challenging to understand the basics of bitcoin and other cryptocurrencies.

There are a few reasons for that. First, there is a lot of technical language involved, particularly if you’re trying to understand how the software works.

Also, many cryptocurrencies are experimental open-source projects and there is disagreement about how they should evolve among developers, miners, and early investors who have large holdings, and therefore a lot of influence.

Then there is the issue that the concept alone challenges many people’s conventional notions of money.

Cryptocurrencies have been called everything from the future of currency to outright scams and Ponzi schemes.

In this article we will provide a brief overview of Bitcoin and cryptocurrencies, review how they are used, and discuss some risks to consider if you’re thinking about buying cryptocurrency-related stocks and ETFs.

Cryptocurrencies, also often referred to as coins, are digital currencies that are secured through one-way cryptography, the enciphering and deciphering of messages in secret code or cipher.

Many of them rely on public blockchain technology—a distributed ledger of all transactions that is decentralized and unable to be changed under most circumstances as long as nobody controls more than 50% of the computing power on the network.

Unlike traditional currencies, they are not controlled by any central government or authority.

In the case of some of them (Bitcoin, Monero, and Litecoin for example), the supply of new coins is controlled by a process called mining, a computationally intensive process where computers (mining nodes) compete against each other to secure the network by solving mathematical equations, collecting bitcoins as a reward if they are the first to create a new valid block, which is then broadcasted to the rest of the network and added to the blockchain.

Other coins are pre-mined, where the mining occurs before the public launch of the coin.

Pre-mined coins are sometimes viewed in a negative light as they are often heavily promoted to increase demand and drive up the price, allowing developers to cash out.

Since many of them have been created as open-source software, they continue to evolve as developers work to implement solutions to address problems that arise.

What is Blockchain Technology? A Step-by-Step Guide For Beginners

Some of the common problems include scalability and security issues.

From a market cap perspective, Bitcoin is far and away the largest. As of December 17, it accounts for $328 billion out of the total value of $598 billion across the 1,360 cryptocurrencies that coinmarketcap.com tracks.

With Bitcoin, the original developer Satoshi Nakamoto set out to create a “peer-to-peer electronic cash system”, according to the Bitcoin whitepaper.

The whitepaper was written under what appears to be a pseudonym and there is much mystery around the original creator’s true identity. People that track the Bitcoin network’s early activity estimate that whoever Satoshi Nakamoto actually is holds roughly 1 million bitcoin, worth approximately $18.6 billion based on recent prices.

How to start a trading platform

To add further to the mystery, it seems a minimal amount, if any, of this bitcoin has been moved/spent.

One of the big innovations of Bitcoin was creating a system that did not rely on trusted third parties to process electronic payments; instead it relied on the consensus of the nodes on the network.

It also created a currency where the supply could not be altered by any central bank or government. That might not seem like as big of a deal in a country like the U.S., but in places like Zimbabwe and Venezuela that have experienced hyper-inflation due to excessive money printing by corrupt governments, this is of greater concern.

Beyond bitcoin, according to data on coinmarketcap.com there are 27 other coins that have a market cap of $1 billion or more (as of December 17).

The features and purpose of different coins vary.

Several were created by developers looking to solve shortcomings of certain coins or provide additional features not present in others. For example, Bitcoin isn’t fully anonymous. The ledger can be viewed by anyone and the flow of funds can be traced to and from different Bitcoin addresses, although there is no private information linking you to your Bitcoin address. Other coins have been developed to provide full anonymity.

Here are some of the basic, non-technical terms you’re likely to come across as you read about cryptocurrencies:

Unlike e-mail, people can have many different addresses and it’s typically recommended that you generate a unique one for every transaction.

As the blockchain grows longer and longer, it becomes increasingly difficult to alter older transactions.

There can be hard forks, soft forks and accidental forks. Some networks, most notably Ethereum, support smart contracts while others do not.

If you lose your private key and can’t access your wallet through back-up methods, you will never be able to recover your coins and they are effectively removed from circulation.

How are Bitcoin and Cryptocurrencies Used?

There are some merchants that accept bitcoin and other cryptocurrencies directly from a user’s wallet.

Even though some of them have very high prices, they are divisible into very small fractions. Bitcoin, for example, is divisible down to a “satoshi”, which represents 0.00000001 of one bitcoin.

Some companies have created ATMs where you can use U.S.

dollars and other fiat currencies to buy bitcoin and sell them to get cash. 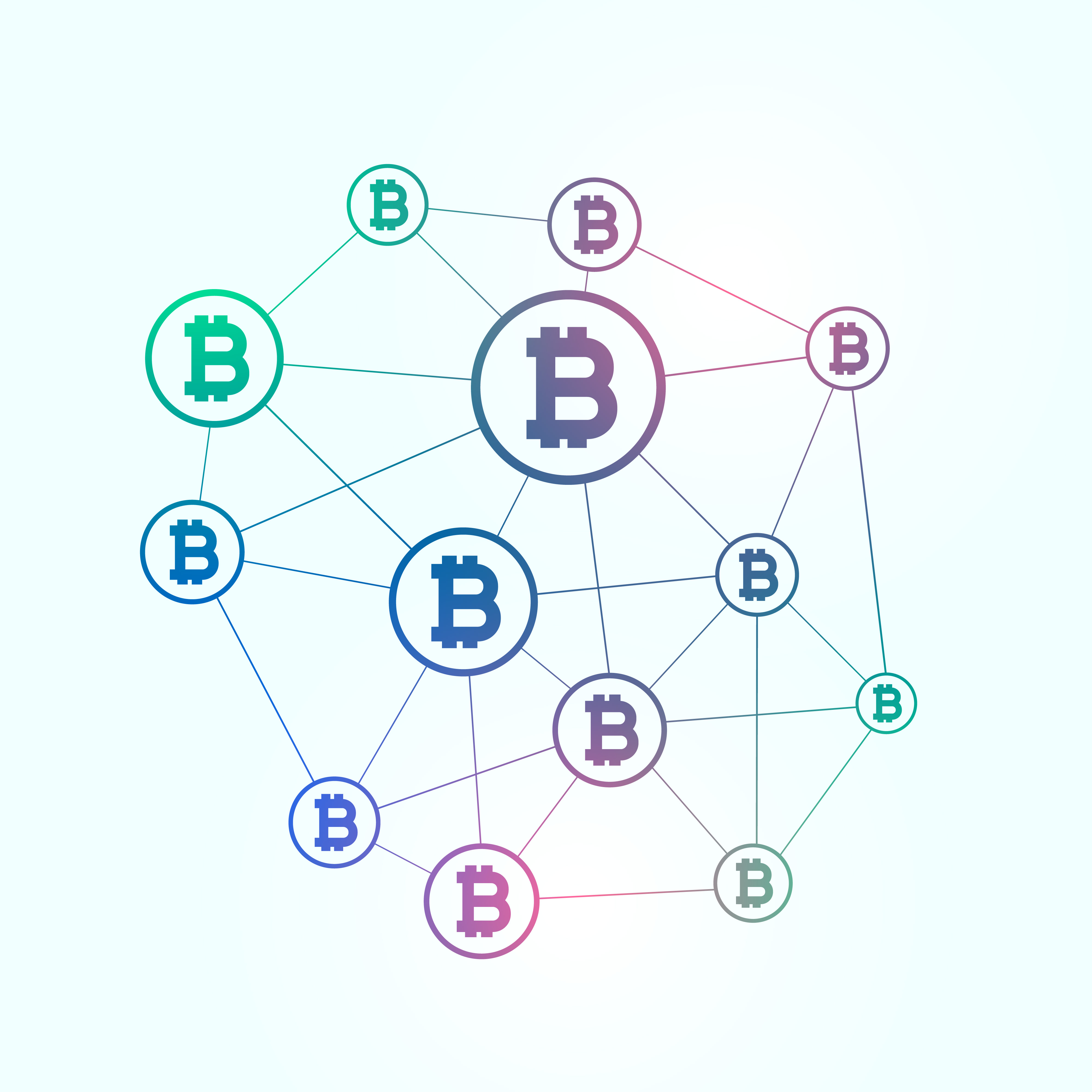 There are also companies that have created debit cards where you can convert bitcoin into dollars and use just like you would any other debit card.

Other cryptocurrencies have more specific uses and are used to pay for services on a certain network. For example, Ether is the digital currency used for operating smart contracts on the Ethereum network.

Are There Cryptocurrency Stocks or ETFs?

Other Products to Trade?

While you can’t purchase cryptocurrencies directly through regulated exchanges, there are ways for investors to get exposure to these markets.

It’s important to acknowledge these are higher-risk investments and the cryptocurrency-related aspects of these companies could comprise a minimal part of their overall business.

One way is to research what kind of equipment miners are using.

The Impact of Blockchain

Several semiconductor companies such as Nvidia (NVDA) and Advanced Micro Devices (AMD), produce chips used in the mining process. There are also different companies that accept bitcoin as payments. 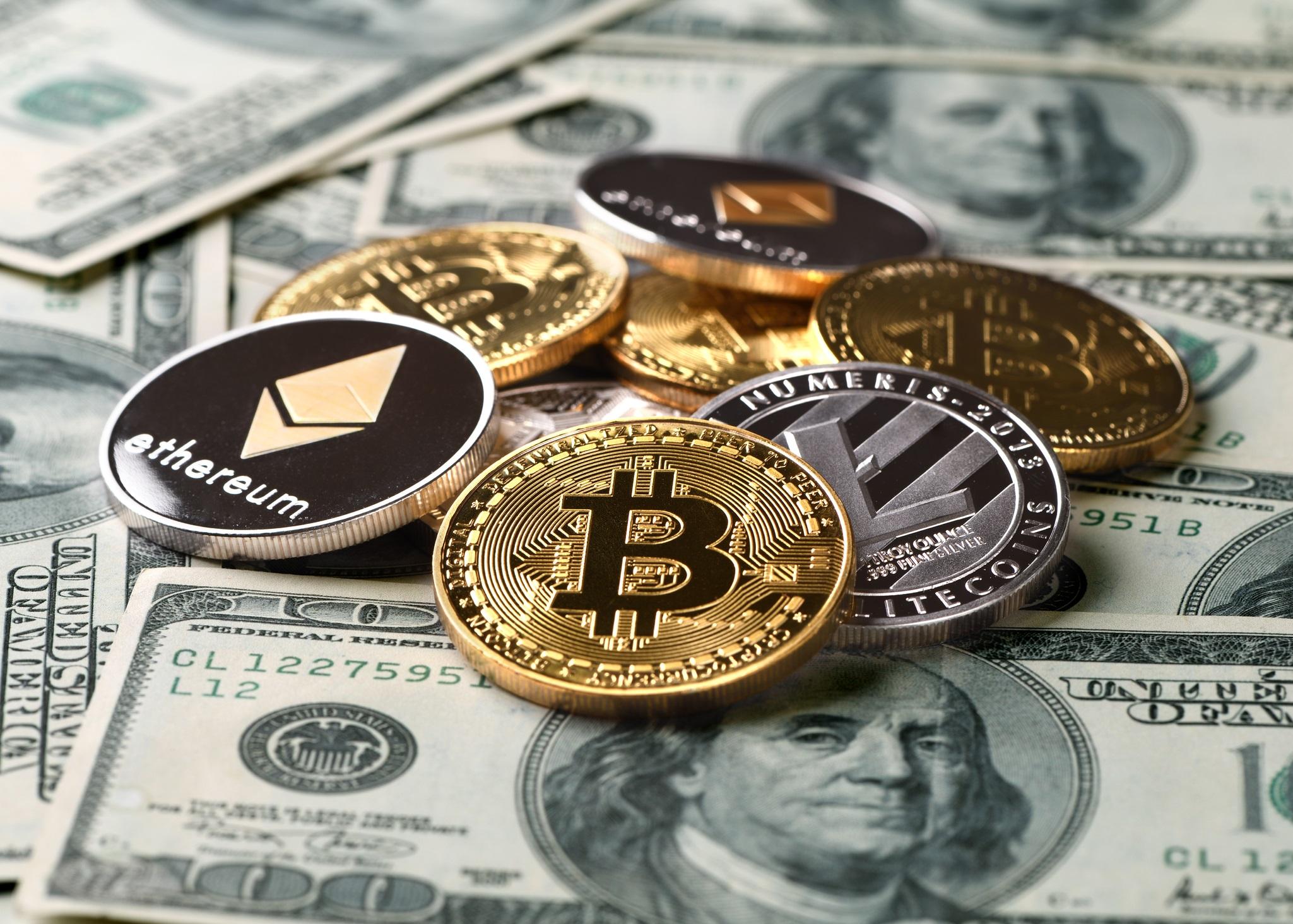 Microsoft (MSFT) and Overstock.com (OSTK) are two examples, and e-commerce platform Shopify (SHOP) allows merchants the option of accepting them as a payment. Square (SQ) also recently announced it would allow a small number of users to buy and sell bitcoin on Square Cash.

There are several U.S.

fund companies that have filed papers with the SEC to list bitcoin ETFs, but none of these products have been approved so far. Investors might also come across the Grayscale Bitcoin Investment Trust (GBTC), an open-ended trust. It is a highly speculative investment and, historically, the product has traded at a high premium to its net asset value. If you are thinking about investing in this product, there are other unique risks to consider.

You can learn more about them by reading Grayscale’s FAQ and disclaimers.

For traders with a high risk tolerance, both the Cboe and CME recently rolled out bitcoin futures.

If you’re looking to learn more about those products, start with this article on The Ticker Tape.

Risks to Consider Before Investing in Cryptocurrency-Related Stocks and ETFs

First and foremost, these are experimental products with short trading histories and it’s important to understand there are extremely high risks with the potential to lose money if you choose to invest in cryptocurrency-related equities, and ETFs if they become available.

While it might not be possible for governments to regulate cryptocurrencies directly, they can regulate exchanges and third-party wallet providers, making it more difficult to use them.

This could drastically alter the dynamics of supply and demand and limit their potential use.

Another thing to consider is your personal risk tolerance and how you’ve handled major corrections in the past with your other investments. Cryptocurrencies can be extremely volatile and cryptocurrency-related securities can experience similar price swings. If you don’t think you can psychologically or financially withstand double-digit percentage swings in a short period of time, you should probably steer clear.

To read more about risks, both the SEC and FINRA have issued statements providing their views on cryptocurrencies and initial coin offerings:

The CFTC also has a bitcoin information page that you might want to check out as well.

Remember, there’s nothing wrong with sitting on the sidelines and watching everything play out until cryptocurrencies have matured a bit more.

Don’t let the fear of missing out drive you to take on too much risk and make emotional decisions with your money.

Anything and everything you need to know about what makes blockchain technology tick.

In light of the unique aspects of these new currencies, it’s a good idea to do an extensive amount of research.